First Impressions Of The Oscar Nominations 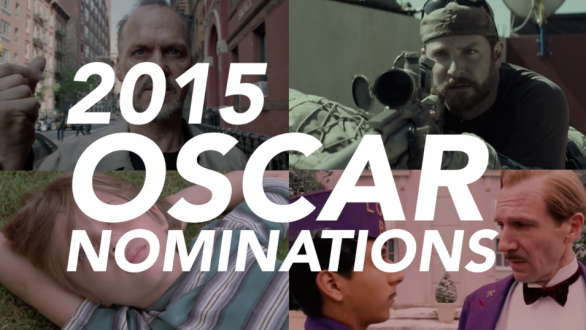 Oscar noms are out. Things to note this year include that there are eight best picture nominees.

"The Grand Budapest Hotel" and "Birdman" are the most nominated with nine each, including best picture noms for both.

Other best picture nominees include "American Sniper," "Boyhood," "The Imitation Game," "Selma," "The Theory of Everything" and "Whiplash." Here's a dramatic scene from the latter:

"Were you rushing, or were you dragging?" J.K. Simmons' character, conductor Terence Fletcher, asks his student Andrew Neyman.

Also up in that category are Steve Carell for "Foxcatcher," Benedict Cumberbatch for "The Imitation Game," Michael Keaton for "Birdman" and Eddie Redmayne for "The Theory of Everything."

On the best actress side, Felicity Jones for "The Theory of Everything," Julianne Moore for "Still Alice," Rosamund Pike for "Gone Girl," Reese Witherspoon for "Wild" and Marion Cotillard for "Two Days, One Night."

"The Marion Cotillard, really, that came out of nowhere. I think people were thinking that that slot was either going to be going to Amy Adams for 'Big Eyes' or for Jennifer Aniston for 'Cake.' She's the big surprise there on that end."