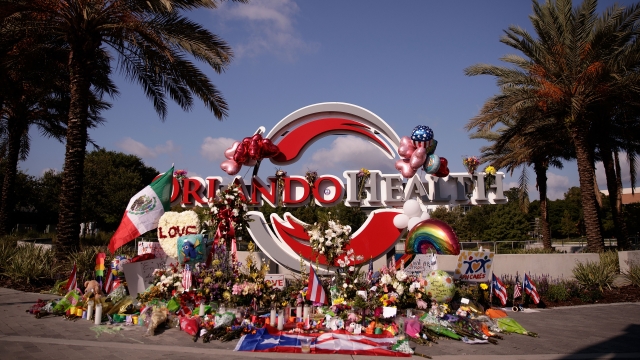 By Lindsey Pulse
August 25, 2016
So far, those medical bills have reached an estimated $5.5 million.
SHOW TRANSCRIPT

Orlando hospitals say they won't bill survivors of the Pulse nightclub shooting for their medical care.

The Orlando Sentinel reports Orlando Health and Florida Hospital will not be charging survivors or their families for out-of-pocket medical costs. So far, those medical bills have reached an estimated $5.5 million

The Orlando Regional Medical Center treated the majority of the people that needed immediate medical attention following the attack, which killed 50 people, including the suspect.

So in the wake of tragic events, how common is it for hospitals to help ease financial burdens? Turns out, it's pretty common.

CNN reports Children's Hospital Colorado used its charity program to cover bills, and the HealthONE system said it would "eliminate personal financial responsibility" for some patients.

And following the San Bernardino shooting in 2015, a state agency designed to provide financial help for victims of violent crimes stepped in to provide relief.

In the case of the Orlando shooting, hospitals say they plan to use charities, state funds and insurance programs to help victims and their families.

The Sentinel says one person is still being treated at Orlando Regional Medical Center.