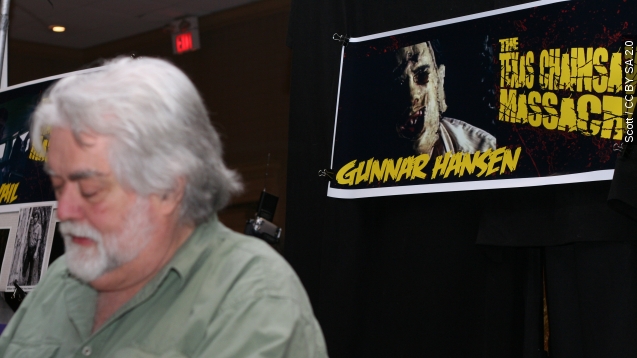 Gunnar Hansen, the man who played Leatherface in the original "Texas Chainsaw Massacre" movie, has died.

Hansen's agent confirmed the actor died from pancreatic cancer over the weekend at the age of 68.

Hansen, whose acting career spans more than four decades, is best known for his first major role as Leatherface in the 1974 movie "The Texas Chainsaw Massacre."

Hansen published a book on the movie and his role in 2013 titled "Chain Saw Confidential."

Hansen was working on another movie at the time of his death called "Death House." It's scheduled to be released next year.