Oregon Women Can Now Get Birth Control Without A Doctor Visit 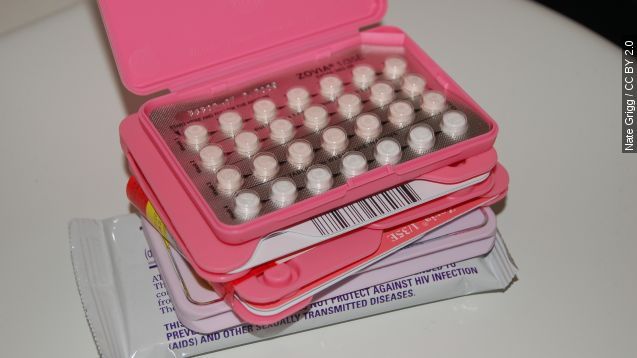 SMS
Oregon Women Can Now Get Birth Control Without A Doctor Visit
By Katie Link
By Katie Link
January 3, 2016
Women in Oregon now have the ability to skip a doctor's visit and get birth control straight from the pharmacy.
SHOW TRANSCRIPT

Accessing birth control just got a whole lot easier for women in Oregon. At the beginning of the new year, pharmacies gained the ability to prescribe birth control to women ages 18 and older.

The new law cuts out the doctor visit. Instead, women just fill out a medical questionnaire at the pharmacy to obtain a prescription for the entire year — a move critics call risky.

Gynecologist Kathleen Valenton told KCAL, "I think it's very dangerous. Birth-control pills are not the only way you can prevent pregnancy and they definitely don't prevent STDs."

But the American Congress of Obstetricians and Gynecologists has pushed for greater access to birth control, arguing that over-the-counter hormonal contraceptives is the best approach. (Video via KOBI)

And research suggests this method might work. A study published in the National Center for Biotechnology Information shows that many women who had access to over-the-counter oral contraceptives still obtained reproductive health screenings.

A doctor told the New York Times, "We were holding pregnancy prevention hostage to cancer screening. They're both worthwhile goals, but one should not be held hostage to the other."

The American Cancer Society says women don't need to have a Pap test until age 21 and that it's only necessary every three years. Women over the age of 30 are encouraged to be screened every five years.

"Just having birth control accessible through a pharmacist doesn't mean that preventative health care isn't important. That's not what this law is saying. This law is really allowing increased access to something that's incredibly safe and really a big need for women," Dr. Alison Edelman told KOIN.

And not just any pharmacist can hand out birth control pills or patches in Oregon. Under the law, pharmacists are first required to attend a five-hour training program. (Video via KDRV)

As for Oregon women under the age of 18? They'll still need a doctor's note to obtain a birth control prescription from the pharmacy. (Video via KPTV)

Soon, women in California will have similar opportunities, letting women of any age get birth control at their pharmacy after a questionnaire and blood pressure test. That law is set to go into effect in March.

This video includes images from Getty Images, lookcatalog / CC BY 2.0 and Nate Grigg / CC BY 2.0.