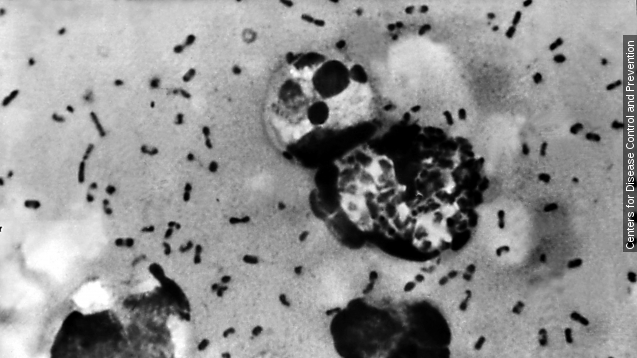 SMS
Oregon Teen Diagnosed With Bubonic Plague After Hunting Trip
By Samantha Crook
By Samantha Crook
October 30, 2015
A 16-year-old girl in Oregon has been diagnosed with bubonic plague. Officials believe she contracted it from a flea bite while on a hunting trip.
SHOW TRANSCRIPT

A 16-year-old girl in Oregon has been diagnosed with bubonic plague.

According to the Oregon Health Authority, the girl likely caught the plague from a flea bite while on a hunting trip. Officials believe she’s the only one infected.

The bubonic plague is generally found in the western part of the country in fleas and rodents and is usually contracted from flea bites.

According to an August report from the CDC, 11 human plague cases were reported in the U.S. this year, including an earlier case in Oregon.

Plague is treatable with antibiotics. The girl is currently recovering in intensive care at a hospital in Bend.