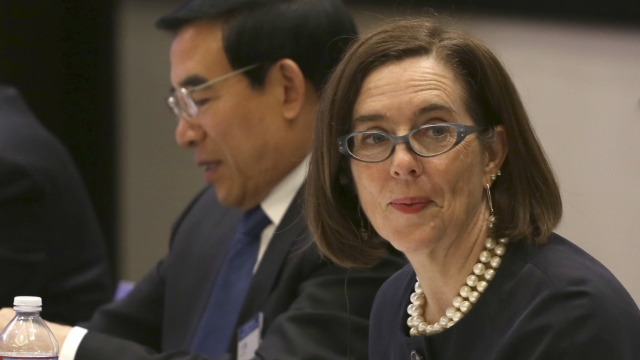 The people of Oregon have elected the nation's first openly bisexual governor.

Gov. Kate Brown has served in the state's highest office since last year, when the state's previous governor resigned amid accusations of ethics violations.

Brown had been serving as secretary of state, and since Oregon doesn't have a lieutenant governor, she was the next in succession.

Months after assuming office, Brown led her state through the tragic mass shooting at a community college in Roseburg.

But she's likely most well known for being the first openly LGBTQ governor in the U.S.

Brown has been out since the early 1990s, when a newspaper wrote that she was bisexual. She had been in a relationship with a woman in the 1980s.

Brown married her husband in 1997. She hopes to be a positive role model for other bisexual people — especially young adults, saying, "You can't be what you can't see."