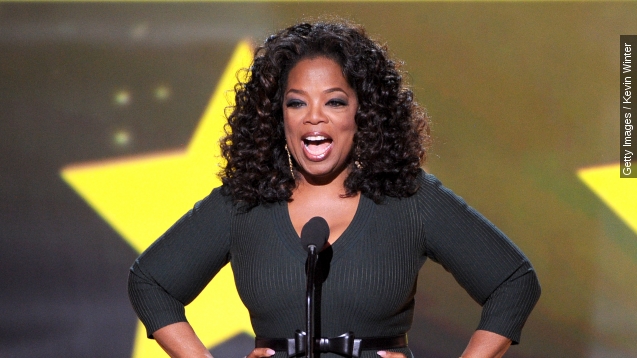 SMS
Oprah Winfrey's Next Venture? Weight Watchers Investor
By Matt Moreno
By Matt Moreno
October 19, 2015
Winfrey will own a 10 percent stake in the company with the option to increase that to 15 percent.
SHOW TRANSCRIPT

Oprah Winfrey and Weight Watchers are joining forces after the media mogul bought a 10 percent stake in the company.

Weight Watchers made the announcement, adding the company would also shift focus to "overall health and wellness" and not just weight loss.

In a media release, Winfrey said: "Weight Watchers has given me the tools to begin to make the lasting shift that I and so many of us who are struggling with weight have longed for. I believe in the program so much I decided to invest in the company and partner in its evolution."

This, of course, isn't the first business venture for the talk show host, nor is it the first time she's tackled the issue of weight loss.

"I thought the 5 pounds made me too fat, not good enough to be at Don Johnson's party. Sounds kind of sick now, I know," Winfrey said in 2011.

Winfrey also has the option to increase her investment to 15 percent of the company.