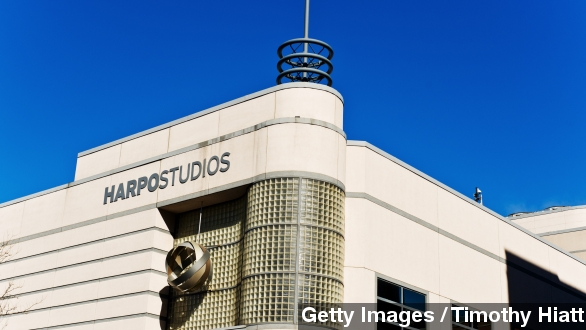 Almost 200 people will lose their jobs after a big move from Oprah. Apparently, one of her new favorite things is the West Coast.

Oprah's famous Harpo Studios in Chicago filmed "The Oprah Winfrey Show," and it's now closing after 26 years. (Video via OWN TV)

The OWN Network is moving the production Harpo did to West Hollywood. That included shows like "Oprah's Master Class" and "Oprah: Where Are They Now?" (Video via OWN TV)

According to The Wrap’s insider source, a "handful" of high-level producers will likely relocate to L.A.

But the rest of Harpo’s 200 employees will remain on only through the end of the year; some may be given opportunities to freelance. The Chicago studio will close by December.

This big move is before Harpo's lease on the building was up — that would’ve been April 2016. The move is likely reflective of the OWN network’s struggles to succeed. Oprah ended her talk show and moved to California to launch OWN in 2011.

The network has been doing better lately, but what might’ve been a key issue in Chicago was the failure of "The Rosie Show," a talk show with Rosie O’Donnell that filmed in Chicago, but was quickly canceled in 2012 after terrible ratings. (Video via OWN TV)

Oprah apparently delivered the closure news to employees in a meeting Tuesday morning in Chicago.

She then released a statement that reads in part:

"(Harpo Studios) has been a blessing in my life and I thank everyone who has been a part of this great run."

According to the Chicago Tribune, all filming at Harpo ended Tuesday.