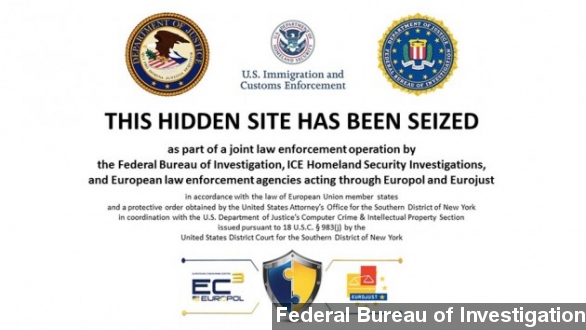 An international team of authorities have seized Silk Road 2.0, the latest iteration of the relatively well-known underground drug trafficking website.

The site was part of what's known as the Dark Web, a collection of encrypted websites typically only accessible through anonymizing software such as Tor.

"Federal officials say it attracted more than 100,000 users buying and selling illegal drugs since it sprang up five weeks after the original Silk Road was seized." (Video via Al Jazeera)

Ars Technica reports Benthall was in court on Thursday with another appearance scheduled for Friday. Prosecutors say he's admitted to being the administrator of Silk Road 2.0.

But the high-profile case and seizure appear to be just part of the latest effort against drug trafficking sites.

And again when the reach of the program became clear. Authorities have shuttered hundreds of domains, made 17 arrests across the globe and seized more than $1 million in bitcoin, plus assorted computers, contraband and paraphernalia.

It even has its own name, Operation Onymous, to set it apart from the sites' anonymous clientele.

But even as these sites drop offline, some watching the crackdown worry it could do harm along with good.

A columnist for The Washington Post writes: "There's a strong argument to be made that the darknet economy makes the world a safer place overall. By taking drug transactions off the street and putting them online, you eliminate a significant link in the chain of violence between drug suppliers and end users."

Authorities would probably argue no drugs are safer still.

The head of the European Cybercrime Centre told The Guardian he expects future crackdowns will be as fruitful as Operation Onymous. "We have reached a different level in how we cooperate. This is good for the future."