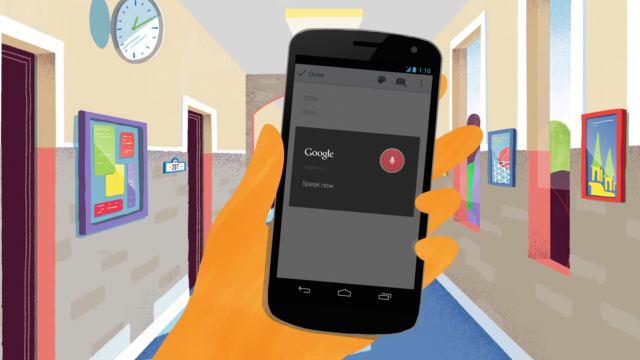 Oracle's lawsuit against Google for more than $1 billion claiming Android infringed on Oracle's Java patents got more interesting recently when some of Google's sensitive financial information got out. (Video via Oracle)

In a U.S. District Court hearing in San Francisco last week, Oracle's attorney read from a "highly confidential" document. Seriously. Google says the piece of paper had "HIGHLY CONFIDENTIAL — ATTORNEY'S EYES ONLY" printed on the page.

That document said Android produced $31 billion in sales and $22 billion in profits since 2008. Keeping in mind that Android is just software, last quarter Apple made $32 billion in revenue off iPhones (which includes both hardware and software). (Video via Google, Apple)

The technicalities of that comparison aside, Google probably didn't want Oracle's attorney to blab that information in a court hearing.

Google likely wasn't too happy about this next piece of confidential information being revealed, either: In 2014 Google paid Apple $1 billion through a revenue-sharing agreement to be the default search engine on iOS devices. (Video via Google)

Which just goes to show how much Google will pay to get its products into the hands of users.

This type of deal isn't necessarily devious. But other companies Google makes deals with may now have a better idea of exactly how much they could get from the company for similar product placement — potentially putting Google at a disadvantage when brokering those contracts.

After all this information got out in court, a transcript appeared online briefly before Bloomberg said it "vanished without a trace."