Only In Texas: This High School Is Building A $63M Football Stadium 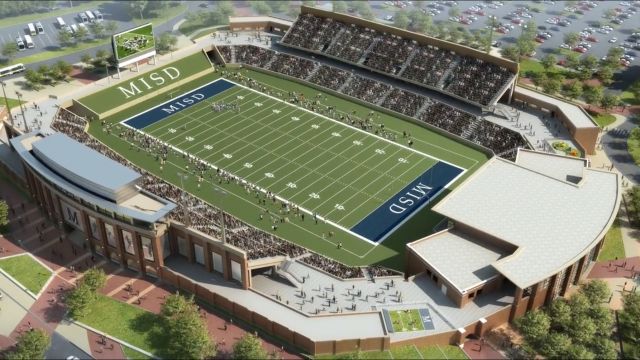 SMS
Only In Texas: This High School Is Building A $63M Football Stadium
By Matt Moreno
By Matt Moreno
May 11, 2016
The plan for the 12,000-seat stadium was approved by 63 percent of voters.
SHOW TRANSCRIPT

As the saying goes, everything is bigger in Texas — especially high school football stadiums.

This new stadium for McKinney, located about 20 minutes outside of Dallas, is the latest in a Texas high school football stadium arms-race of sorts.

And the construction will be in the hands of a company that's done this a few times before.

Dallas-based Manhattan Construction has built stadiums for the MLB's Texas Rangers and the NFL's Houston Texans and Dallas Cowboys.

This video includes a clip from NBC and McKinney Independent School District and images from Getty Images.