Only In Dubai: Firefighters Will Get Cutting-Edge Jetpacks 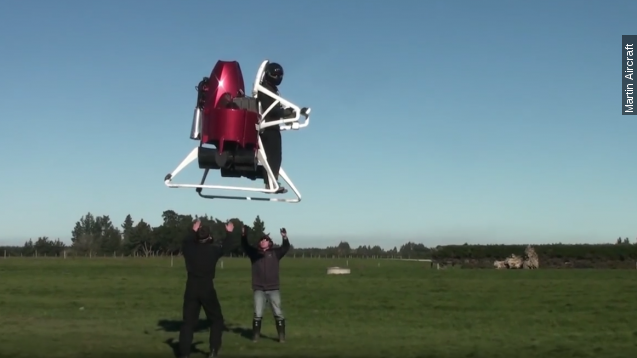 SMS
Only In Dubai: Firefighters Will Get Cutting-Edge Jetpacks
By Katie Link
By Katie Link
November 12, 2015
Dubai recently purchased 20 jetpacks for firefighters to use when fighting fires in skyscrapers.
SHOW TRANSCRIPT

The future is here. Well, for firefighters in Dubai at least.

The country's Directorate of Civil Defence signed a deal with Martin Aircraft Company earlier this week to buy 20 jetpacks for firefighters.

Dubai has plenty of skyscrapers that can be a real problem for firefighters trying to extinguish flames and save lives. Enter jetpacks.

According to the company, the packs can be flown by a pilot or remote control, can carry up to 265 pounds and can take off and land vertically. (Video via Martin Aircraft)

A defense lieutenant said, "Dubai is one of the fastest growing future cities in the world with its modern skyscrapers and vast infrastructure ... the introduction of Martin jetpacks into our fleet of emergency response vehicles is another example of how Dubai leads the world."

The technology behind Martin's jetpacks has been in development for about 30 years. The New Zealand company hopes in addition to emergency services, jetpacks can also find a place in the oil and gas industry, farming and agriculture. (Video via Martin Aircraft)

We should probably mention, BBC News lists the price tag on each of these jetpacks at $250,000.