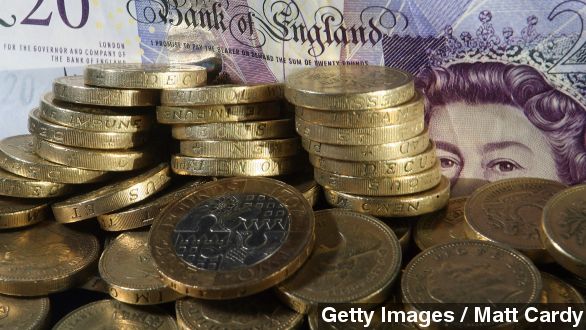 SMS
Only 6 British Jihadists' Bank Accounts Frozen In U.K.
By Jill Ornitz
By Jill Ornitz
March 14, 2015
A report to British Parliament shows the country has only frozen six bank accounts of the more than 600 terrorists with accounts in the country.
SHOW TRANSCRIPT

A report presented to the British Parliament shows the country's legislation designed to freeze the bank accounts of terrorists has only frozen one percent of those accounts.

The report indicates more than 600 British extremists are in Syria and Iraq. But only six individuals had their accounts frozen since September. (Video via Sky News)

Five of those accounts were frozen because the extremists who opened them are linked to terrorist activities in the two countries. (Video via Voice of America)

The British government has only seized 25 accounts since the 2010 Terrorist Asset Freezing Act, which amounts to £50,000.

Freezing assets of documented terrorists is a solid foreign policy strategy to follow. If you cut off the financial assets of terrorists, it theoretically makes it more difficult for actors or groups to carry out terroristic acts. As for what governments do with seized accounts, frozen assets have been used for everything from reparation payments to foreign policy sanctions.

In the months following 9/11, there was a movement to use frozen Al-Qaeda assets to pay reparations to the victims of the 1998 bombings of U.S. embassies in Kenya and Tanzania, which were carried out by the terror group. (Video via CCTV)

In 2011, the U.S. government seized $30 billion of assets belonging to former Libyan dictator Muammar Gaddafi, his family and the Libyan government. The freeze was designed to not only punish the Gaddafi regime for its brutality, but to save those funds for a new Libyan government.

The U.S. has also frozen foreign accounts to prevent invading nations from draining seized capital. It put freezes on Kuwaiti accounts following Saddam Hussein's invasion and on the accounts of Bosnians following the Serbian invasion. (Video via BIO)

And President Barack Obama froze the accounts of a Russian bank with billions in holdings close to President Vladimir Putin as punishment for Russia's annexation and invasion of Crimea.

Of the 25 accounts seized by the British government, only 13 have been added since 2011, the start of the Syrian Civil War.