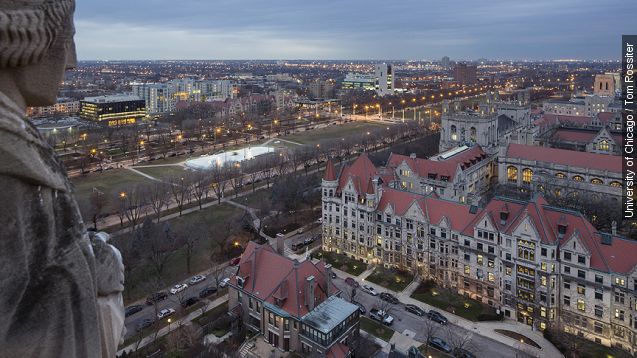 SMS
Online Threat Shuts Down University Of Chicago Campus
By Matt Moreno
By Matt Moreno
November 30, 2015
Classes were canceled Monday as a precaution after the FBI alerted the university to an online gun threat.
SHOW TRANSCRIPT

The University of Chicago canceled classes Monday after an online gun threat.

The university said it was canceling classes as a precaution after being contacted by the FBI. According to school officials, the threat specifically mentioned an incident that would occur at the campus quad at 10 a.m. Monday.

A letter on the school's website said, "In response to the threat, the University will have an increased police and security presence on and around campus, including police personnel with visible weapons and other additional measures."

"I'm glad the university is handling it the way it is. I know I'm safe and I won't go on the quad," one student told WMAQ.

The decision to close campus reportedly came from the university, not the FBI.

Neither the FBI nor the university has said where or when the threat was posted. The university, which has roughly 14,000 students, is expected to resume classes Tuesday.