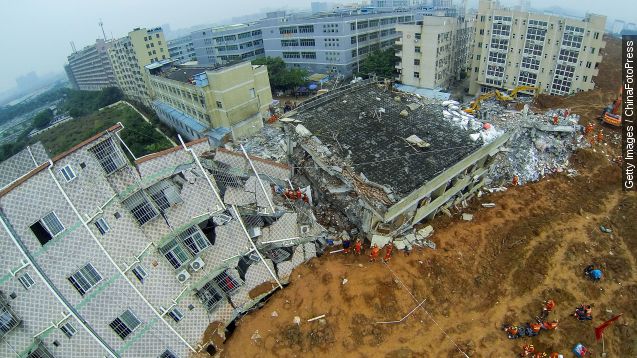 Dozens of people are still missing three days after a landslide buried more than 30 buildings in the southern Chinese city of Shenzhen.

Three bodies have been discovered along with one survivor, a 19-year-old migrant worker. Officials say a giant wet pile of construction waste nearby is what caused the landslide.