One Small Step For Science, One Giant Leap For Commercial Space Travel 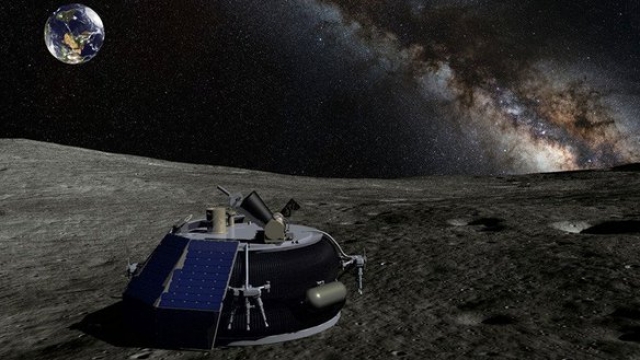 SMS
One Small Step For Science, One Giant Leap For Commercial Space Travel
By Ben Lawson
By Ben Lawson
August 3, 2016
Moon Express plans to be the first commercial company to make it to the moon in 2017.
SHOW TRANSCRIPT

Moon Express is going where no private company has ever gone before — the moon.

In the past, the trip has only been made by world government superpowers — the U.S., China and Russia.

But now, the U.S. government has given approval for Moon Express's 2017 unmanned mission to the moon.

Other companies like, SpaceX, have launched satellites and re-supply missions to the International Space Station, but no private company has gotten federal permission to land on the moon until now.

SEE MORE: The US Government May Soon Approve The First Private Moon Mission

To get approval, the company had to develop its own temporary guidelines for federal oversight — there weren't any existing regulations for commercial missions to another planet.

Mostly, the rules ensure the mission doesn't risk the public's safety and doesn't interfere with any current space missions or historic sites from the Apollo landings.

But the regulations Moon Express drew up won't affect hypothetical future commercial trips to the moon.

This company's trip to the moon isn't just for kicks or cool pictures — it's for business. Moon Express wants to mine Helium-3, a resource that's believed to be plentiful on the moon and could potentially provide a huge amount of clean energy.

And if water is found on the moon, it could be used a refueling station in space. The hydrogen found in water could be used for rocket fuel, and the oxygen could be used to refill breathable air supplies.

This video contains clips from NASA, SpaceX and Moon Express.