'One Life To Live' Actor In Critical Condition After Crash 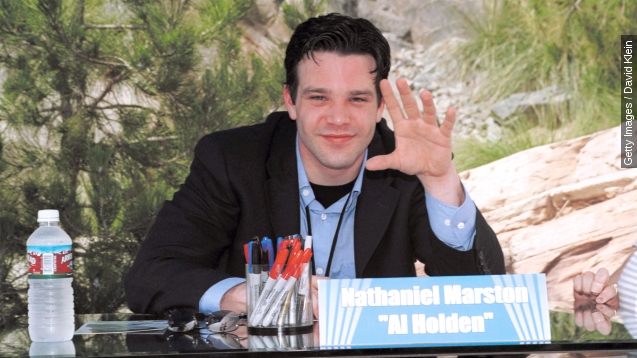 SMS
'One Life To Live' Actor In Critical Condition After Crash
By Katherine Biek
By Katherine Biek
November 2, 2015
Nathaniel Marston is reportedly in critical condition after getting into a car accident this past weekend. He starred on ABC's "One Life to Live."
SHOW TRANSCRIPT

Actor Nathaniel Marston, who's perhaps best known for his work on the soap opera "One Life to Live," is in critical condition after getting into a car accident this past weekend.

Marston's mother, Elizabeth Jackson, has been posting updates on her son's condition to Facebook since Saturday.

Her latest update said Marston, who reportedly broke his neck and back in several places in the accident, was heading into surgery Monday afternoon. "The Dr said that there is a good chance that he will recover the use of upper body movement and a slim chance that he will walk again," she wrote.

Jackson did say in one of her Facebook updates that Marston was not under the influence of alcohol or drugs when the car accident happened.