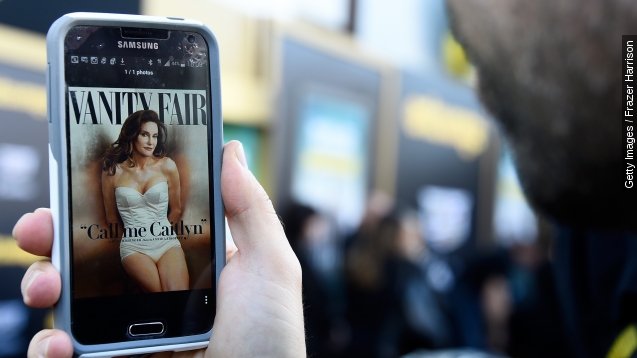 British television personality Katie Hopkins posted on Twitter Thursday, "Caitlyn, get over yourself bird. Do something. Say something. Be something. Women are more than dresses & photoshoots."

Hopkins' comment is not sitting well with fans. One tweeted, "@KTHopkins you're the reason I question humanity."

Another said, "she's done more with her career than you ever have as a born woman so stand down on this one Katie."

Hopkins' comments are partially incorrect, though. Aside from Jenner's Vanity Fair reveal, she's only done one other shoot we know about. The only reason we see her in so many dresses is because she's become the paparazzi's latest target.

Jenner has also partnered with WhoSay for a series of blog posts called "The Real Me." Her first post, published Monday, describes a plan to discuss issues within the LGBT community.

In April, Hopkins wrote a column on the sinking of a migrant vessel in the Mediterranean in which she called the victims "feral humans." People were so angry a Change.org petition was started for her removal as a Sun Nation columnist.