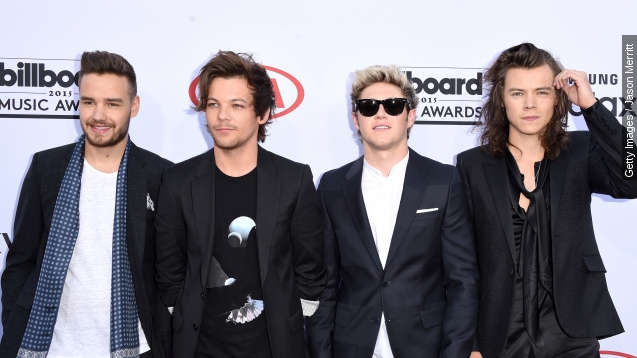 Sunday marked the final day of summer for a lot of students, which already makes it a sad day.

But this particular Sunday, the 23rd of August, marked a much darker moment in history: the day One Direction announced it was taking an extended hiatus in March.

Okay, so big picture — not really a huge deal. But ask a One Direction fan, better known as Directioners, and they will tell you exactly why it's the end of the world.

Having lived through the equally depressing breakups of NSYNC and Backstreet Boys, though, here's why it might actually be a good thing the boy band is taking a break.

These boys – er, men – are full-grown. I mean, one is about to become a father, and another left the band to spend time with his (now former) fiance.

They all also have interests they haven't been able to pursue because of commitments to the band. If they go their separate ways to pursue independent goals, they have a better shot of reuniting down the road — because they'll still be on good terms. (Video via Sony Music Entertainment)

No. 2: They're going different directions on a high-note.

One Direction just released the first single and music video, "Drag Me Down," from their new album.

That song is at the top of the Billboard Twitter Top Tracks chart — which is a up-to-the-minute chart of songs trending on social media.

The final album will release at the beginning of next year, right before their hiatus in March.

No. 3: That door isn't fully closed. They're calling it a hiatus, not a permanent breakup.

Since they're not having a world tour for this final album, just take a second to think of the Internet meltdown and subsequent ticket sales that will ensue if they announce a "reunion" tour.

And remember, Kevin Richardson left Backstreet Boys before the band split up, but he reunited with the guys when the group got back together in 2012.

So, it's not a long shot to say that a One Direction reunion could include Zayn Malik. Don't give up hope, y'all.