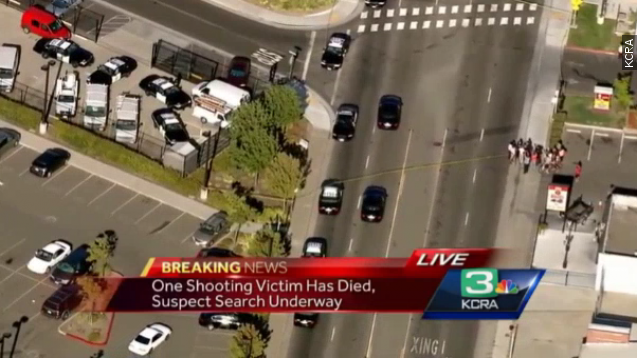 One man is dead and two others injured after police say a gunman opened fire near Sacramento City College's campus Thursday afternoon.

According to the Sacramento Police Department, the three men were shot in a parking lot next to the college's baseball field. (Video via KCRA)

"I'm walking out of class, and I see this lunatic shooting two men. And I run the other direction because I feared him turning around and shooting me," an anonymous witness told KOVR.

Just before 6:30 p.m. local time, authorities cleared the campus, but the gunman was not in police custody. Police say he fled on foot shortly after the shooting. (Video via KXTV)

Officials say one person was pronounced dead at the scene; the two others were rushed to a local hospital. Their conditions were unknown as of Thursday night.

An official with Sacramento City College's public information office confirmed to KTXL "one of the people involved was a student."

Details surrounding the shooting are still unclear, but school officials told reporters there was a "verbal argument" immediately before the incident.