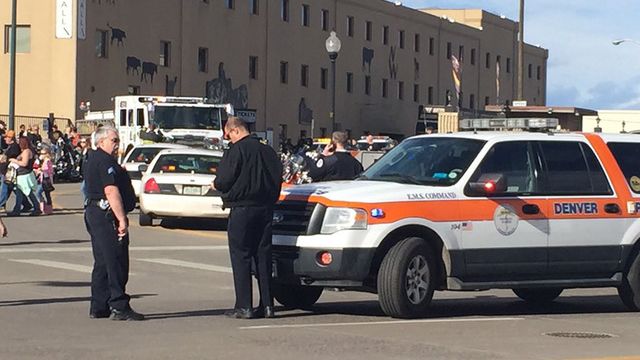 SMS
One Dead, Several Wounded In Denver Shooting/Stabbing Incident
By Matt Picht
By Matt Picht
January 30, 2016
Police haven't confirmed whether anyone has been arrested after a violent incident left one person dead and nine hospitalized.
SHOW TRANSCRIPT

At least one person has been confirmed dead and several more taken to the hospital after what police are calling a shooting/stabbing incident near the Denver Coliseum.

Officials haven't confirmed whether anyone has been arrested over the incident, which took place at the National Western Complex near a biker convention. (Video via CNN / KCNC)

According to the Denver Health Medical Center, nine people have been transported to area hospitals. Their conditions haven't been reported yet.