This Tiny Bug Can Make People Allergic To Red Meat 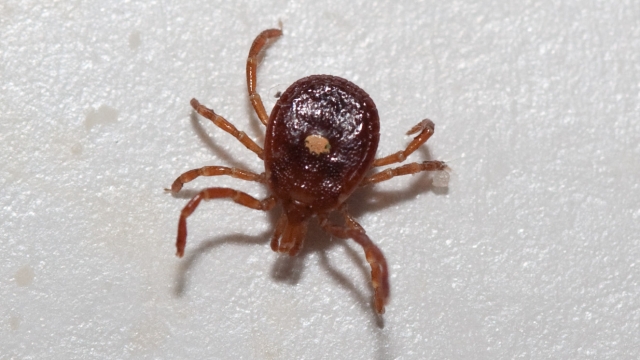 One bite from a Lone Star tick and you could all of a sudden develop a severe allergy to red meat.

While it's name might suggest only Texans need to be on the lookout for the tiny bugs, the tick is actually widespread throughout the United States.

SEE MORE: The 'Superbug' Doctors Are Freaking Out About Is Now In The US

Similar ticks have also been seen in Europe, Central America, Asia and Australia. One Australian doctor told The Guardian she diagnoses as many as two patients every week with the allergy.

A Lone Star tick's bite can lead to a sensitivity to a sugar called alpha-gal, which is in red meat, like beef and pork.

That's because alpha-gal isn't normally found in humans. But one mammal it is found in? Deer. Some scientists believe the Lone Star ticks might be biting deer and subsequently picking up alpha-gal. The sugar is transferred to the bloodstream of any human the bug bites next, and in some instances the body's immune system starts to attack it.

People who are allergic to red meat usually don't see any reaction until hours after eating it.

But that delayed reaction doesn't mean the allergy symptoms are less severe: Patients can experience hives, nausea, headaches and even anaphylaxis.

And it can make diagnosing a person with a red meat allergy more difficult.

It's currently unknown how many people have developed this red meat allergy in the U.S. But a doctor told NBC earlier this year, as many as 5 percent of people living in areas where the Lone Star tick is common could develop it.

Interestingly, The Guardian says some types of red meat like prosciutto and bacon can be eaten without a person having an allergic reaction. The Department of Agriculture and the American Institute for Cancer Research both consider pork red meat.