On Syrian Refugees, Some GOP Candidates' Numbers Are Way Off 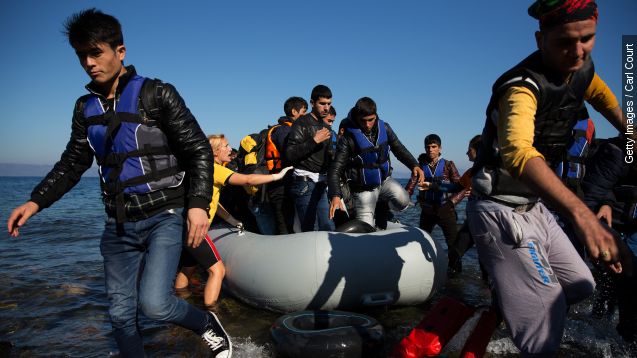 SMS
On Syrian Refugees, Some GOP Candidates' Numbers Are Way Off
By Jake Godin
By Jake Godin
November 19, 2015
Claims that the U.S. is letting in 100,000-200,000 Syrian refugees this year are off by a lot.
SHOW TRANSCRIPT

The numbers some Republican presidential candidates are using in regard to Syrian refugees are simply incorrect. (Video via United Nations)

"I am angry that President Obama unilaterally decides that we will accept, in this nation, 100,000 Syrian refugees," Carly Fiorina said at the Sunshine Summit.

"And when the president says things like, you know, through an executive order, 'I'm going to bring 100,000 people in here from Syria' — they need to say, you do that and we're going to defund everything including your breakfast," Ben Carson said in a campaign ad.

"Now I hear we want to take in 200,000. We don't know where they're coming from; we don't know who they are," Donald Trump said during an appearance on ABC.

The White House has only committed to taking in about 10,000 Syrians next year.

In total, the U.S. expects to admit around 70,000 refugees from conflict zones all over the world this year. That's close to the total number admitted in 2013. (Video via United Nations)