On His Deathbed, Former Republican Senator Apologizes For Donald Trump 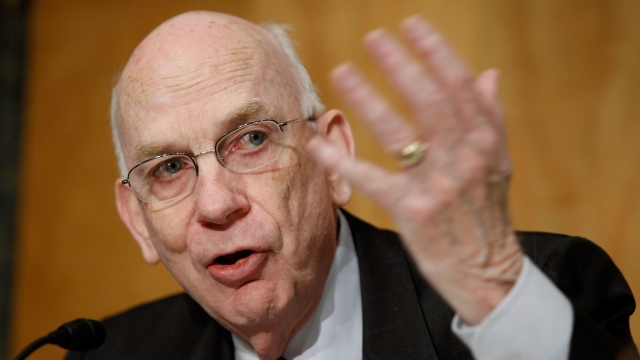 Former U.S. Sen. Bob Bennett of Utah spent his last few days alive apologizing to Muslims for Donald Trump's behavior, this according to his wife and son.

Bennett's family told The Daily Beast on Wednesday that just 48 hours after he was hospitalized for a stroke, he asked them if there were any Muslims in the hospital.

Bennett's wife and son both quoted him as saying, "I'd love to go up to every single one of them to thank them for being in this country, and apologize to them on behalf of the Republican Party for Donald Trump."

Before his death, the three-term Republican senator had become increasingly wary of Trump's comments on immigration, especially his proposal to ban Muslim immigrants from the U.S.

His son told NBC on Wednesday, "I think Trump's rise was really the motivation for him to recognize the importance of expressing his desire for inclusion. He just felt it was his [responsibility] to push back."

And Bennett mentioned this desire over and over, even expressing his concerns in a hospital interview with Utah outlet the Deseret News.

He said, in part, "There's a lot of Muslims here in this area. I'm glad they're here."

Bennett died soon after, on May 4, from complications due to pancreatic cancer and a stroke. He was 82 years old.

This video includes clips from KSL-TV, Donald J. Trump for President Inc. and C-SPAN, and images from Getty Images.