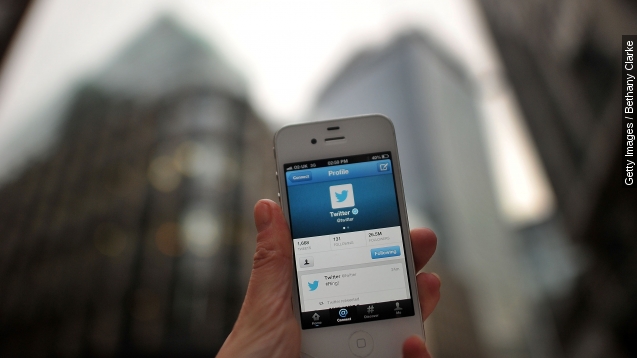 SMS
On 9/11, We Turned On The TV. Now, We Turn To Social Media
By Leah Becerra
By Leah Becerra
September 10, 2015
On 9/11, we turned on our TVs to learn about the attacks. Now, we turn to social media, though there's a trade-off for getting information quickly.
SHOW TRANSCRIPT

It's been 14 years since 9/11, and if you think back to that day, you'll probably remember learning details about the event from TV news. (Video via NBC)

With more recent tragedies and disasters, like the Boston Marathon bombing and Hurricane Sandy, Americans have gotten more of their news from social media — sometimes not even needing to turn on a TV.

A study by Pew Research Center says the number of people getting news on social media continues to rise, growing substantially — even from two years ago.

And that's likely because, whether you're looking for it or not, it doesn't take much scrolling to find news on Facebook or Twitter.

What's more, everyday citizens can report on events as they unfold. One-way communication, where officials pass information to the press who broadcast it to the public, has lost ground to the quick spread of first-person perspectives on social media. (Video via WRGB)

And that has its ups and downs. On one hand, access to news as it happens can keep people safe. (Video via Twitter)

When Hurricane Sandy thrashed the East Coast in 2012, social media provided an extra layer of information for people close to the areas hardest hit. That news went out instantly, and in a disaster situation, the faster the better. (Video via Metropolitan Transportation Authority)

But there is also a dark side to this quick spread of information because sometimes, it's just plain wrong.

After the Boston Marathon bombing in 2013, misinformation was particularly rampant. That was partially due to — let's just call them — social media investigators. (Video via WBUR)

Users on Reddit, 4Chan, Facebook and Twitter tried to figure out who was responsible and even named suspects. But none of those named were actually guilty: not the missing 22-year-old whose family missed him and not the two men who had their photo pasted on the front page of the New York Post. (Video via ABC)

So it might be worth thinking of social media as a trade-off: You can get news more quickly, but the responsibility to fact-check falls on you.