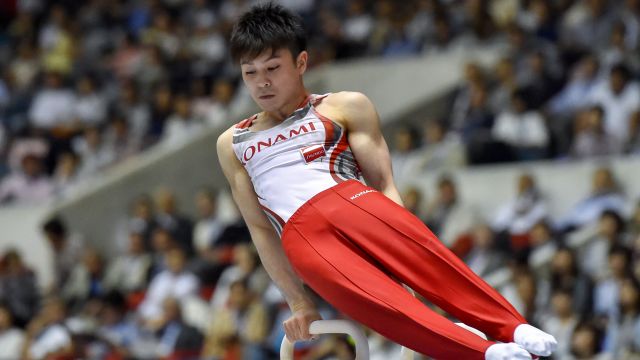 Japanese Olympic gymnast Kohei Uchimura could really use some gold right now — not necessarily a gold medal, but just some gold coins to pay off his steep phone bill.

And he supposedly has "Pokémon Go" to blame.

While in Rio de Janeiro for the 2016 Summer Olympics, Uchimura reportedly racked up a nearly $5,000 phone bill while playing the game, thanks to data overages.

Uchimura, a six-time world champion, reportedly downloaded the augmented reality game when he flew to Sao Paulo, Brazil, for training, and he instantly got hooked.

But the odd and possibly amazing part of this story is that Rio de Janeiro doesn't even have "Pokémon Go" right now.

SEE MORE: The Latest Problem In Rio? No 'Pokémon Go'

Olympians have already griped that they're stuck in Rio with no PokésStops to visit or Pokémon to catch.

Despite pleas from Rio's mayor, Niantic Inc., the company that created "Pokémon Go," has yet to set a release date for the app in Brazil. So we're still not totally sure how Uchimura got on.

It wasn't all bad news for Uchimura, though. His phone company graciously agreed to reduce his bill to a $30-a-day unlimited plan. Whew.

This video includes clips from NHK, Pokémon and Nintendo, and images from Getty Images. Music provided courtesy of APM Music.