Olympic Baseball Might Return For The First Time Since 2008 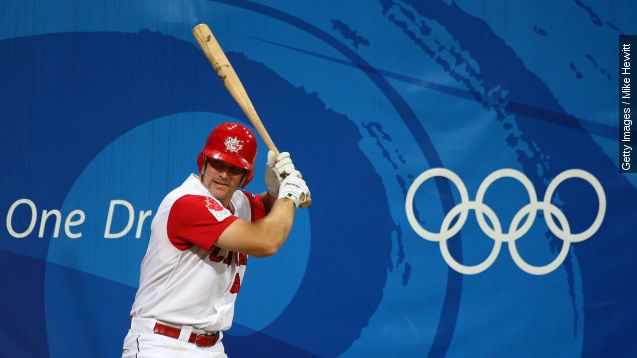 SMS
Olympic Baseball Might Return For The First Time Since 2008
By Matt Moreno
By Matt Moreno
September 28, 2015
Nothing is official yet, but the 2020 Olympics in Tokyo might include a few more sports, such as baseball, karate, skateboarding and surfing.
SHOW TRANSCRIPT

The 2020 Olympics in Tokyo could be adding a few new — and some not so new — sports.

Baseball, softball, karate, skateboarding, sports climbing and surfing are all possible additions to the 2020 lineup, according to Olympic organizers. (Video via The New York Times)

A statement by the Tokyo 2020 committee reads, in part, "This package of events represents both traditional and emerging, youth-focused events, all of which are popular both in Japan and internationally."

Baseball appears to be one of the more enticing choices on the list, especially for  U.S. fans. Both baseball and softball were voted out of the 2012 Olympics by the International Olympic Committee and haven't been added back since.

But it's also very popular in Japan, so adding it for 2020 would make sense.

The other sports would all be relatively new to the games. Skateboarding, sports climbing and surfing would bring in an additional 40 athletes per sport to the Olympics with wrestling adding in about 80. (Video via WPTV)

The events need to be approved by the International Olympic Committee to be added to the 2020 docket, and there's no guarantee they'd stay on for the games past then. If the IOC adds a sport, it must make the decision by August 2016. (Video via CNN)