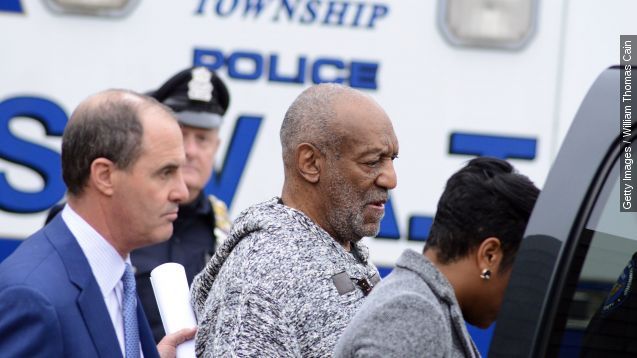 SMS
Old Evidence Might Taint Charges Against Bill Cosby
By Cliff Judy
By Cliff Judy
January 16, 2016
Bill Cosby's attorneys had already called for his criminal charges to be dropped, and CNN now has an email questioning a key piece of evidence.
SHOW TRANSCRIPT

The criminal case against Bill Cosby might now be in question after an email between two prosecutors claims a key piece of evidence wasn't supposed to be used in criminal court.

Cosby was charged with sexual assault in Pennsylvania in late December for an incident from more than a decade ago involving a former Temple University women's basketball employee. (Video via ABC)

A piece of evidence prosecutors said made these charges possible was a deposition Cosby gave in a civil case.

But CNN's Michael Smerconish says he has an email between two former prosecutors sent this fall saying that deposition happened because Cosby had been promised criminal charges wouldn't be filed.

"We were not going to prosecute this guy because we didn't think we could meet our burden beyond a reasonable doubt," Smerconish explained. "We wanted to open the door so that he would give testimony in a civil case. We wanted to help the accuser benefit from a civil judgment."

It's not clear how Smerconish obtained the email, but Cosby's lawyers already filed a motion to have his charges dismissed earlier this month saying the evidence against him was brought "improperly" and "unethically."

More than 50 women have accused Cosby of sexually assaulting them, many claiming he drugged them before the assaults. Cosby denies all wrongdoing and until last month, had not been charged in criminal court.