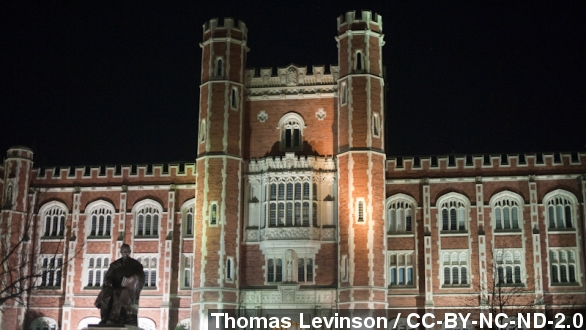 Sunday, this video surfaced of its members singing a racist chant.

The video was posted by Unheard, an organization dedicated to getting the grievances of black students at the university heard.

University president David Boren quickly responded, saying the university was investigating, and that if the video was of OU students, the chapter would be closed.

And the fraternity's national organization took major action quickly — by Sunday night, the OU chapter had been shut down. The organization also apologized and said it was "disgusted." National president Brad Cohen said: "SAE is a diverse organization, and we have zero tolerance for racism or any bad behavior."

"OU police here on campus, they have been in front of this home all night long as members have been moving out of the home."

CNN notes SAE has had multiple problems nationally as of late, shutting down a dozen chapters over hazing incidents in recent years.

Ironically, the national fraternity has plans to celebrate its Founders Day Monday.