Oklahoma Politician Killed While At Dinner With His Son 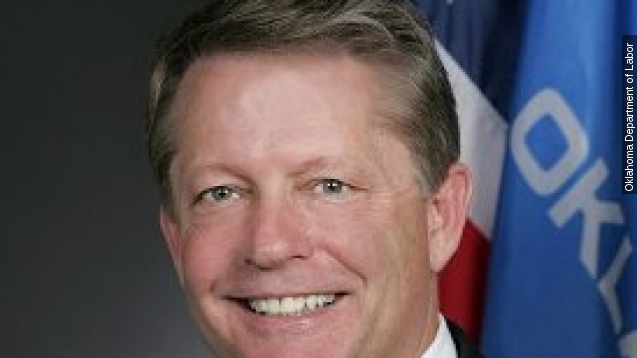 SMS
Oklahoma Politician Killed While At Dinner With His Son
By Ryan Biek
By Ryan Biek
August 24, 2015
Witnesses say the son of an Oklahoma politician stabbed his father multiple times in a restaurant where they'd met to settle an argument.
SHOW TRANSCRIPT

Oklahoma Labor Commissioner Mark Costello is dead after being fatally stabbed at a restaurant and police say his 26-year-old son is the one who did it.

Witnesses say the two had met at the restaurant to settle an argument had in the morning. There the son allegedly grabbed a steak knife and delivered multiple blows to his father's head and neck. The attack kept going as Costello tried to get to his vehicle according to police. The son was stopped when a bystander knocked him down with his car.  (Video via KOKH)

"I was shocking, and dramatic, and, like I said, it was very cold," a witness said. (Video via KWTV)

Commissioner Costello was rushed to the hospital for treatment but was pronounced dead.

Many in the state's political community are mourning the loss.

Oklahoma's Republican Party said in a statement, "Our deepest condolences go out to the Costello family. Mark Costello was an honorable man, loyal friend, and a great leader in Oklahoma."

The Oklahoman reports Costello's son has been on probation since 2012 after a misdemeanor assault charge involving a police officer and driving under the influence of a drug. He was also charged with outraging public decency last year.

Costello had founded a telephone software company before going into politics. He'd served as Oklahoma's Commissioner of Labor since 2010.