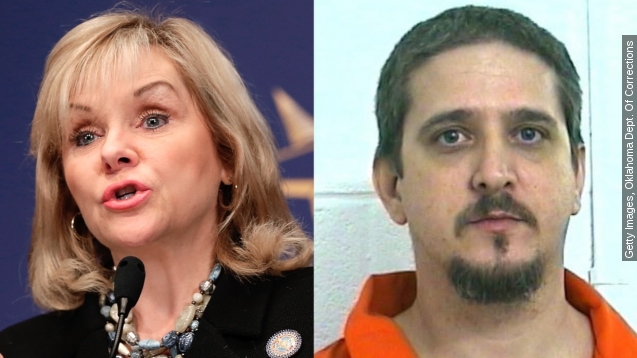 An Oklahoma inmate who was scheduled to be executed Wednesday will get at least another 37 days.

Oklahoma Gov. Mary Fallin issued a stay of execution for Richard Glossip — a man convicted of the 1997 murder of a motel owner. (Video via KOKH)

In her decision, Fallin said, "Last minute questions were raised today about Oklahoma’s execution protocol and the chemicals used for lethal injection." She's giving the state more than a month to determine whether a drug — potassium acetate — complies with federal execution guidelines.

The U.S. Supreme Court denied Glossip's request for a stay earlier Wednesday. The execution had already been halted three times prior to that. Fallin rescheduled Glossip's execution for Friday, Nov. 6.