Ohio Terror Suspect Is Different From Other US Recruits 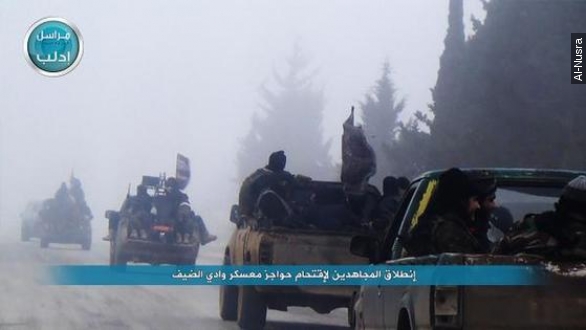 Since ISIS made a name for itself almost a year ago, we've heard a lot of reports like this.

"A 19-year-old American woman arrested at Denver airport accused of providing material support to the terror group ISIS," an anchor for CNN said.

"There have been three arrests in New York. Men accused of trying to go overseas to join ISIS," an MSNBC anchor said.

But the most recent case involving a 23-year-old Columbus, Ohio, man is a little different.

Unlike many of the Americans accused of trying to join terrorists group abroad, the Justice Department says Abdirahman Sheik Mohamud actually managed to travel abroad and, according to the indictment "talked about doing something big" on U.S. soil.  (Video via CBS)

Before leaving the U.S., the indictment says, Mohamud posted several references to ISIS on his Facebook. Once in Syria, he "had received training from a group in various areas" including "explosives and hand-to-hand combat."

Notice the indictment says "training from a group." Despite the headlines, Mohamud is not specifically accused of proving support to ISIS — rather, according to prosecutors, Al-Nusra.

Al-Nusra is an Al-Qaeda-linked terrorist organization that operates in Syria and is fighting the regime of Bashar Al-Assad. Like ISIS, it too wants to establish an Islamic state of its own.

"We're working to advance a broad effort across our center to track foreign fighters working very closely with the rest of the intelligence community and with our partners around the world," National Counterterrorism Center Director Nicholas J. Rasmussen said.

U.S. officials are tracking the number of Americans who've gone to fight in Syria — whether it be for pro-government forces, for the official Al-Qaeda affiliate Al-Nusra, for any of the so-called moderate opposition forces and of course, for ISIS. (Video via Hazzm Movement)

The fear is, any of these individuals could return home radicalized and carry out attacks on U.S. soil. Though in the case of Mohamud, we should be clear he only talked about wanting to attack the U.S, based on the indictment. It doesn't appear he took any steps to do so.

This video includes an image from the Franklin County Sheriff's Office.