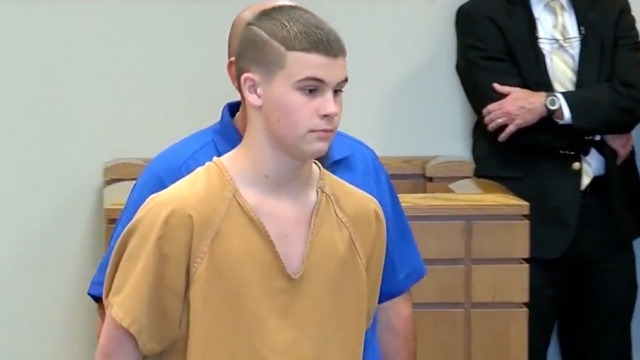 SMS
Ohio School Shooter's Family Sued For Negligence And Recklessness
By Eugene Daniels
By Eugene Daniels
July 2, 2016
The lawsuit says the family "exhibited a total disregard for the life and safety of the public."
SHOW TRANSCRIPT

The family of James Austin Hancock — the Ohio teenager who shot up his school cafeteria — is being sued for alleged negligence and recklessness that the lawsuit claims led to the shooting.

Hancock opened fire Feb. 29 at Madison Junior/Senior High School, injuring four of his classmates. Two of those students — Brant Murray and Cameron Smith are involved in the lawsuit, along with Murray's sister Genna, who's suing over her emotional distress.

In April, Hancock pleaded guilty to four counts of attempted murder and one count of inducing panic. Last month, he was sentenced to at least six years in juvenile detention. Hancock told investigators he hadn't targeted any of the students specifically and was motivated to conduct the shooting because of his home life.

As for the lawsuit, it's already been assigned to a judge, but no dates have been set.

This video includes clips from WCPO.