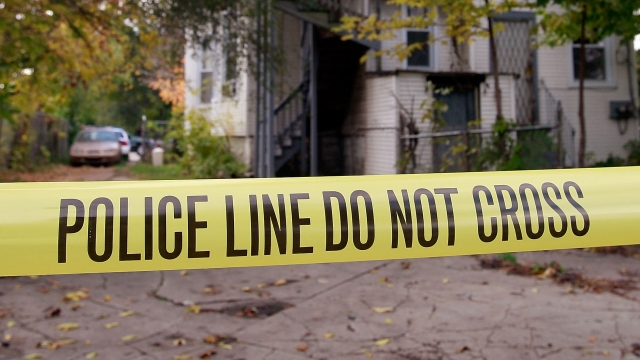 SMS
Ohio Police Shoot And Kill 13-Year-Old Carrying A BB Gun
By Christian Bryant
By Christian Bryant
September 15, 2016
Columbus police say Tyre King, 13, was a suspect in an armed robbery. He is one of the youngest people killed by police in 2016.
SHOW TRANSCRIPT

The 13-year-old boy a Columbus, Ohio, police officer fatally shot Wednesday night is one of the youngest people killed by police this year.

Police say the teenager, Tyre King, was a suspect in an armed robbery. When police approached King, they say he started pulling a gun out of his waistband. That's when one officer shot him "multiple times."

The gun the teen was carrying turned out to be a BB gun with a laser sight.

"This is very realistic. This is a lot of the products that officers are seeing out on the street today," said Columbus Police Sgt. Rich Weiner.

King's death has drawn comparisons to the shooting of 12-year-old Tamir Rice, who was killed by Cleveland police in 2014 while playing with an airsoft gun.

According to both The Washington Post and The Guardian databases on officer-involved shootings, at least 11 people under 18 years old — not including King — have been shot and killed by police this year.