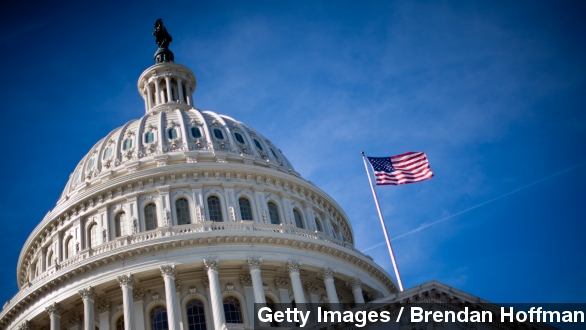 A day after an Ohio man was arrested for threatening to kill Speaker of the House John Boehner, another Ohio man has been arrested for plotting an attack on the U.S. Capitol.

According to the criminal complaint, 20-year-old Christopher Lee Cornell wanted to bomb the Capitol building and then shoot the fleeing lawmakers. The complaint says Cornell bought rifles and ammunition, had researched bomb making and was preparing to head to Washington D.C.

The attack was reportedly motivated by Cornell's sympathies for the Islamic militant group ISIS. The FBI says he supported the group on Twitter and told an informant, "I believe that we should just wage jihad under our own orders and plan attacks and everything."

He also reportedly referenced the U.S.-born Al-Qaeda cleric Anwar al-Awlaki, who was killed in 2011. Al-Awlaki was reportedly also the inspiration for last week's Paris shooting at the magazine Charlie Hebdo.

Thankfully, the plot against the Capitol never made it that far. The FBI says Cornell confided in an informant months ago and had never gotten around to buying the materials for a bomb.

This video includes images by Getty Images and Muhammad ud-Deen / CC BY SA 2.5.