Ohio Judge Holds Himself In Contempt Of Court 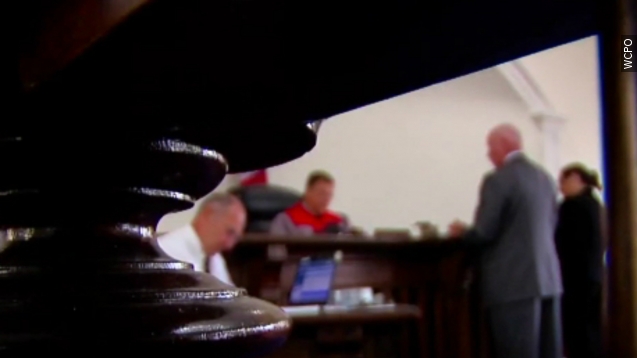 "I've always made sure I left my cell phone in the office."

This is Judge Rocky Coss. And this is his ringtone.

Which we're only talking about because this is the warning posted outside his courtroom door in Hillsboro, Ohio: "Turn off cell phones before entering court room."

Earlier this week, Newsy's partners at WCPO reported Coss' phone went off in the courtroom.

And in the interest of fairness, Judge Coss held himself in contempt of court and charged himself the $25 fine he charges everyone else who does the same thing.

"Looking back on it, it's funny. Everywhere I go, people ask, 'Hey, Rocky, you got your cell phone on?'" he told WCPO.

In a piece for the local Highland County Press, Judge Coss joked he was considering having a bailiff check him for his phone before he heads into court. By the way — if you're wondering — it was Coss' wife calling.