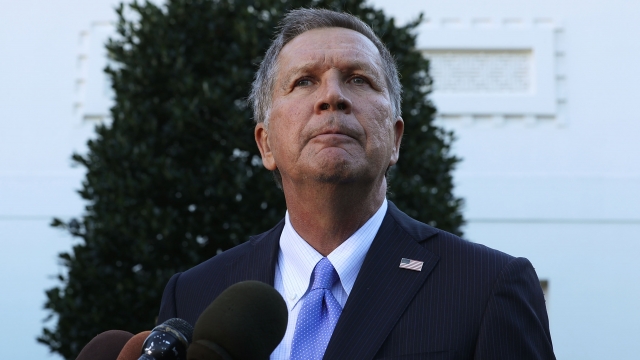 Kasich is strongly against abortion and has previously signed several measures restricting abortion in the state.

"I hope they do repeal Roe v. Wade, and then, you know, it'll be up to the states to decide how they want to proceed," Kasich said earlier this year.

But unless Roe v. Wade is overturned, a six-week ban on abortion isn't likely to stand up in court. And Kasich says he doesn't want to spend resources on that fight.

Even Ohio Right to Life agreed with Kasich's decision to veto the "heartbeat bill" on those grounds. The organization praised him for "embracing the strategic incremental approach."

Ohio will be the sixteenth state to enact a 20-week abortion ban. Courts blocked similar bans in two other states.

Ohio's law, which will take effect in 90 days, provides an exception if the life of the mother is at risk. It does not provide exceptions for severe fetal anomalies, rape or incest.