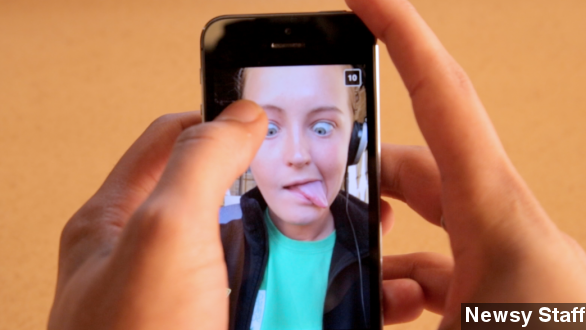 SMS
Oh, Snap! Snapchat Settles With FTC Over False Claims
By Mikah Sargent
By Mikah Sargent
May 9, 2014
Snapchat will settle with the FTC over a complaint the company misled its users about privacy and the ephemeral nature of the service.
SHOW TRANSCRIPT

Snapchat has agreed to settle with the FTC after the commission alleged it misled consumers and mishandled data.

Snapchat claims to be an ephemeral messaging service, promising photos and videos you share with your friends disappear after the allotted time.

But as many of us know, a few button presses on your Android or iPhone and you've suddenly captured that "ephemeral" message permanently.

Here's where you might make the argument the app alerts users when it detects a screen shot. But doing a quick Web search reveals articles like this one from Yahoo, listing off some of the apps available for saving Snapchats without anyone knowing.

And that's where the Federal Trade Commission comes in. FTC Chairwoman Edith Ramirez said, "Any company that makes misrepresentations to consumers about its privacy and security practices risks FTC action."

In all, the FTC complaint alleged Snapchat misled users about the disappearing nature of photos and videos, stored unencrypted video for anyone to access, misled users when claiming senders would be notified every time a recipient took a screen shot, transmitted geolocation information without user knowledge, collected address books without user consent and failed to take "reasonable security steps" in securing usernames and phone numbers.

Quite the list. If you've kept up with news surrounding the company, you'll note many of these issues have made headlines in the past. For what it's worth, Snapchat maintains it fixed many of the issues when they cropped up.

Following the settlement, Snapchat wrote on its blog, "Even before today's consent decree was announced, we had resolved most of those concerns over the past year by improving the wording of our privacy policy, app description, and in-app just-in-time notifications."

And this complaint might not be the only one — an assistant director for the FTC told The New York Times this move is "part of a larger, continuing investigative effort by the commission to hold start-ups and companies accountable to their marketing claims and privacy assurances."

According to The Washington Post, the complaint originated from the Electronic Privacy Information Center. The group says it's happy with the outcome. "We're extremely pleased that the FTC is taking its data privacy protection seriously and is recognizing behaviors by companies like Snapchat that breach promises to consumers."

Snapchat won't have to pay a fine as part of the settlement. It will be required to implement a "comprehensive privacy program" monitored by an independent privacy professional for 20 years. The company is also prohibited from further misleading of consumers.