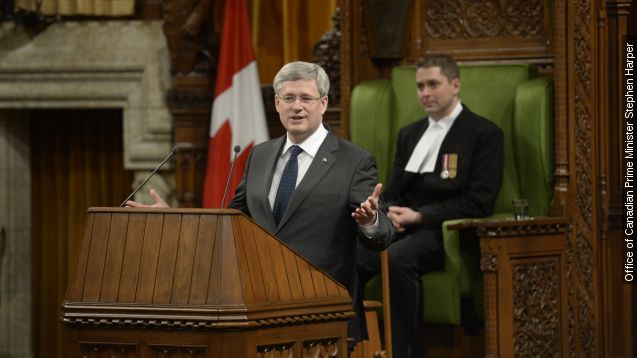 While living rooms across the U.S. played the first Republican debate last night, Canada aired its own debate, albeit a far less fiery one. (Video via Fox News, Maclean's Magazine)

This, as our neighbor to the north gears up for a federal election that could unseat current Conservative Prime Minister Stephen Harper.

The debate Thursday night, their first, came about two months before the election. By comparison, the GOP held its first debate 460 days before voters go to the polls.

The U.S., where candidates launch their bids well over a year in advance, is something of an outlier among most democracies. (Video via Cruz for President)

In some of these countries, the law dictates a period of official campaigning. (Video via Francois Hollande)

In others, the length of campaigns depends on when the election is called.

"The general election will be held on May the 7th," Prime Minister David Cameron said. (Video via The Telegraph)

Bottom line is, the campaigns are shorter — presumably so government officials can, you know, govern. (Video via ITV)

Compare that to what feels like a semi-permanent campaign season in the U.S., one that's exhausting for voters and non-voters alike.

"I’m tired of Bronco Bama and Mitt Romney," said a then 4-year-old girl in a video that went viral during the 2012 presidential race. (Video via YouTube / Elizabeth Evans)