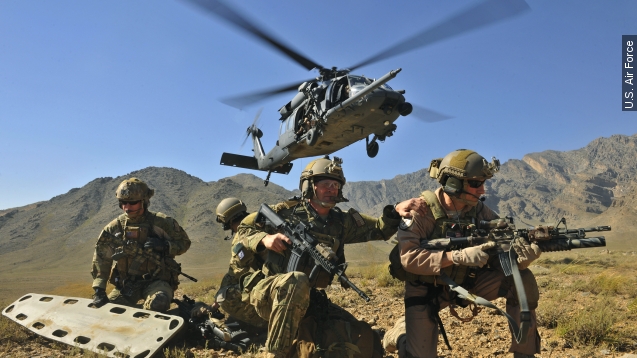 SMS
Officials Say US Troops Killed In Afghan Attack
By Kate Grumke
By Kate Grumke
December 21, 2015
U.S. officials have said American troops are among the six who were killed in a suicide attack near Bagram Airfield.
SHOW TRANSCRIPT

U.S. officials have told multiple outlets U.S. soldiers are believed to be among the dead.

The attack happened near Bagram Airfield, which is the largest U.S. military base in Afghanistan. The motorcycle attack reportedly struck a joint U.S.-Afghan foot patrol.

The Taliban claimed responsibility in an emailed statement.