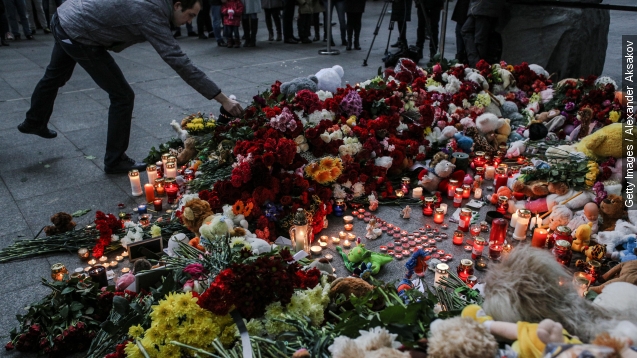 That's according to the airline's deputy general director who told a news conference, "The plane was in excellent condition." (Video via NBC)

He said the crash had to have been caused by an external impact, but added he wasn't at liberty to disclose details of the ongoing investigation. (Video via ONtv)

The plane was reportedly destroyed before it hit the ground, according to a Russian aviation official. (Video via Radio Free Europe/Radio Liberty)

Two hundred and twenty-four people were on board, most of them Russian. Officials say more than 150 bodies have been recovered so far. (Video via Al Jazeera)

Both countries have ordered investigations into the crash, and a criminal case has been opened against the airline.