Officer Said He Had 'No Choice' But To Shoot Tamir Rice 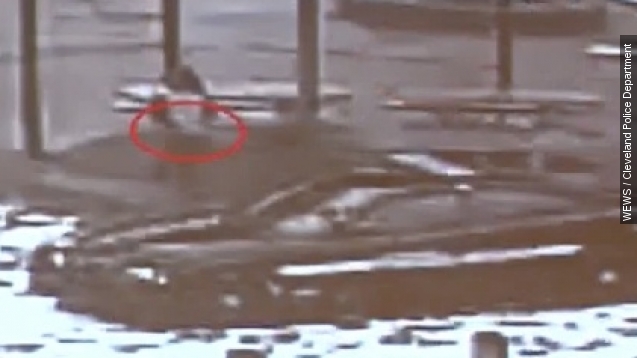 By Matt Moreno
June 14, 2015
Cleveland police officer Timothy Loehmann said he had "no choice" but to shoot Tamir Rice, but some are questioning his statement.
SHOW TRANSCRIPT

Cleveland police officer Timothy Loehmann said he had no choice but to shoot 12-year-old Tamir Rice at a gazebo last year. In comments from the officer made directly after the shooting but were not released until Saturday, Loehmann told a fellow officer, "He gave me no choice. He reached for the gun and there was nothing I could do."

But many are questioning that claim. The 224-page report states there was no evidence that Loehmann gave Rice a warning before opening fire. The New York Times says the report leaves "some major questions unanswered."

"It took less than two seconds for the police car to pull up as officer Timothy Loehmann fired the fatal shot," WEWS reports.

Rice was fatally shot by Cleveland police last November at a recreation center when officers responded to a 911 call that a boy was playing with a gun. The caller said during the 911 call the gun was "probably fake." As it turned out, it was.

On Thursday, a Cleveland judge had found probable cause to indict both officers involved in Rice's death.

Cleveland Municipal Court Judge Ronald Adrine ruled two days after a group of community activists filed an affidavit requesting a probable cause verdict over a series of charges.

"We believe that officers Timothy Loehmann and Frank Garmback caused the death of Tamir Rice in deeds which were unconscionable, reprehensible and, yes, criminal," activist leader Rev. Jawanza Colvin told the press.

Community activists say they made a concerted push for criminal charges against the officers because they were losing faith in the grand jury's investigation of Rice's death.

In his ruling, Adrine says there's probable cause to accuse officer Loehmann of murder, involuntary manslaughter and other charges and says officer Frank Garmback should be indicted on negligent homicide and dereliction of duty.

Adrine's ruling is advisory only, so it doesn't mean the officers will face charges. According to Cuyahoga County Prosecutor Timothy McGinty, the case won't move forward until the grand jury weighs in.