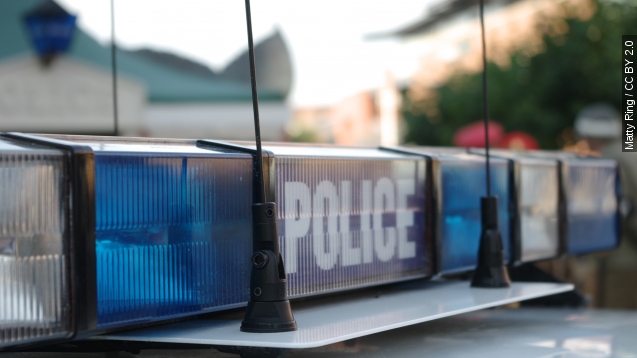 SMS
Officer Planning To Issue Ticket Saves Driver's Life
By Ryan Biek
By Ryan Biek
July 14, 2015
A police officer was at the right place at the right time when he pulled over a driver who was choking.
SHOW TRANSCRIPT

Officer Dustin Clinkscales of the Austin police department in Texas, thought he was about to issue a routine ticket July 12 to a driver talking on her phone, but he likely saved the driver's life when he realized she was choking on food.

The driver, who declined to be named, tried to call 911, but she couldn't speak. After Clinkscales successfully performed the Heimlich maneuver, the woman fainted from lack of oxygen. He caught her and radioed paramedics.

"It's really amazing how quickly he recognized that something was wrong, how quickly he acted and cleared her passage way," Austin police department Commander Michael Eveleth said during a press conference.

The father of the driver was not only grateful but is also a law enforcement officer.

"At first, it's kind of shocking cause I've never been on that side where a relative's been involved," Detective Damon Dunn said.

"I gave him a hug," Dunn continued.

A similar event happened last year in Michigan, when a police officer pulled over a driver for running a red light but then realized the driver was choking.

According to WXMI, that officer had never performed the Heimlich in the past nine years. In both cases, the drivers can thank the officers for quick thinking and good training — even if they were initially approaching the cars with tickets in hand.