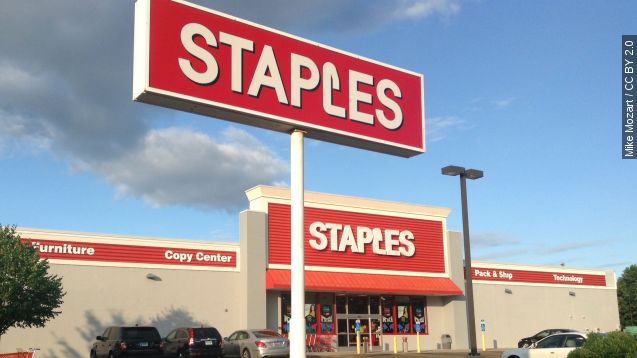 Staples is taking a stand.

Against being open on Thanksgiving?

Yup, Staples is going to close for Thanksgiving. You'll have to get all your office needs and whatnot elsewhere or online. (Video via Staples)

It's actually somewhat of a bold move for a store chain so big. (Video via Staples)

The fierce competitive atmosphere that surrounds Black Friday has led to stores like Target, Kmart, Best Buy and Wal-Mart all opening their doors at various times on Thanksgiving Day. (Video via Kmart)

Thanksgiving hours have led to worker protests at some stores.

Though a spokeswoman for the National Retail Federation defended the hours to USA Today, saying that opening earlier is about preventing long lines.

Staples will still be open on Black Friday for any folks itching to get their post-turkey office supply sales. (Video via Staples)