Of All People, Charlie Sheen Is Defending Brian Williams 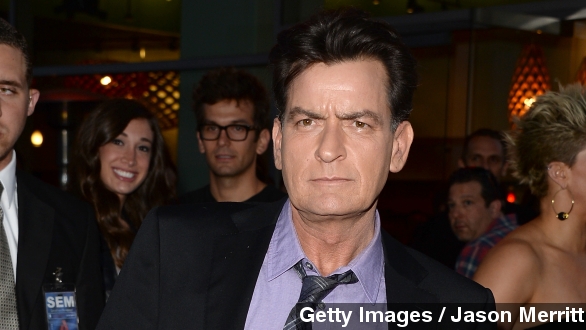 SMS
Of All People, Charlie Sheen Is Defending Brian Williams
By Lauren Zima
By Lauren Zima
February 12, 2015
The actor went on a lengthy, grammatically questionable rant in defense of the suspended news anchor. We just can't figure out why.
SHOW TRANSCRIPT

We're guessing Brian Williams will say "thanks, but no thanks" to this: Charlie Sheen has published an open letter defending the anchor.

Variety has the full transcription, complete with poor grammar. Here's a chunk of it:

He thanks Williams "... for every other person alive, (with a TV) who relied and still do,on your poetic, insightfuland NOBLE sacrifices,that made our longest nights shorter,and our shortest nights safer.
You good sir, are a hero in my 'Entire Library.'"

What library? Because I want a card.

Sheen also says Williams will be his hero "until the day i leave this star crossed imperfect Rock we call Earth," and says he's on "dangerous standby" at his service.

The scary thing is, we all have a good idea of what "dangerous standby" by Charlie Sheen might mean.

So the question now is: why? Are Charlie Sheen and Brian Williams friends, and we just didn't know it?

Hoda Kotb just spoke out giving some support for Williams.

"I love Brian. I've known him for many years."

But, you know, she noted that they've been friends for some time.

A quick search on Getty Images shows, um ... well ... absolutely zero times that Charlie and Brian have ever been in the same room together.

So, we turned to the source again: Sheen's Twitter profile. And here's what we learned.

Turns out Variety actually cleaned this sh** up for Sheen. Put the phrases into paragraphs.

Charlie actually posted his rant in a long, haiku-ish format, similar to the bizarrely organized emails of one embattled Sony exec, Amy Pascal.

And turns out Sheen has been publishing messages of praise for other people. Stuart Scott.

And James freaking Franco. Sheen has seen "The Interview" eight times. Great. Maybe there's a copy in his library.

No big surprise, but Williams hasn't responded to Sheen's letter.