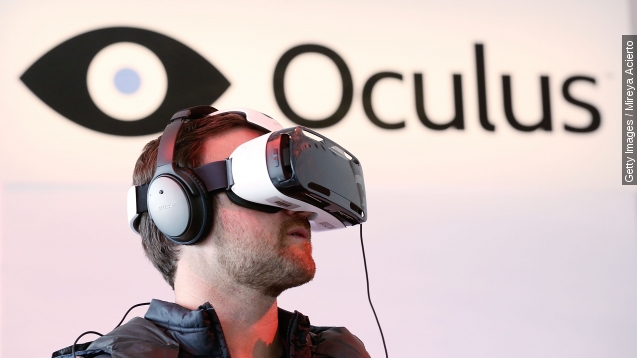 On Thursday Oculus VR made two announcements for its virtual reality headset, the Oculus Rift, that will improve it in two very different ways.

The first is its acquisition of Pebbles Interfaces, an Israeli company working on hand-tracking technology. Pebbles' software actually creates a model of your hand as it tracks its movement and interactions within its environment.

Similar software often has trouble figuring out what to do when a person's hands get too close together. But that doesn't seem to be a problem for Pebbles Interfaces, according to a demo video.

This is just the latest in a long string of acquisitions Oculus has made. All those companies have slightly different specialties, but they all seem to be moving the Rift to the same area: improving interactivity with a user's environment.

But Oculus' other announcement Thursday seems to focus on the much more passive side of VR — movies.

The company has inked an agreement with Felix & Paul Studios, a strong sign that Oculus is pushing to build out its VR movie library. The company already has its own in-house projects, but this is the first partnership with a third party.

There have been some independent VR film projects, but it doesn't really seem like mainstream Hollywood is taking VR too seriously just yet.

Felix & Paul Studios has done some work with major production companies, but that has pretty much been limited to things like a tie-in piece for "Jurassic World" and "Wild."

That might be because movies may seem like a weird fit for VR. Much of the focus in virtual reality is put on immersing viewers in an interactive world and not one they can simply sit back and enjoy.

It seems the Facebook-owned Oculus is trying to touch all of its bases before it launches in the first part of 2016.