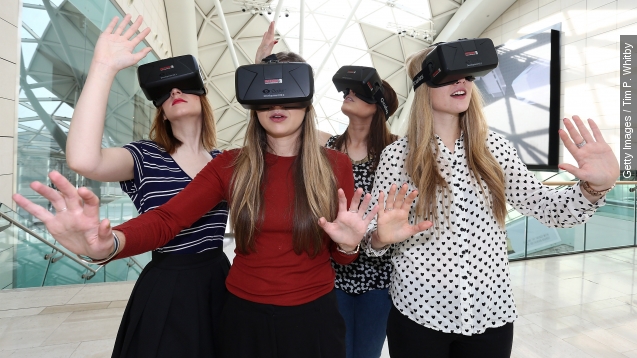 Hopefully you're saving those gift receipts because what could easily be one of the best toys of the season will be available for preorder in early 2016. (Video via Oculus VR)

Earlier this year, the Oculus Rift's tentative launch was set for the first quarter of 2016, and Facebook-owned Oculus VR is still on target to hit that not-so-specific date. (Video via Oculus VR)

Meaning very soon, you can lay claim to your own Oculus Rift. And preorders will also come with a free copy of the game "Eve: Valkyrie." (Video via GameSpot)

How much you'll have to spend to get one is still unclear. But it'll likely cost more that $350, and if you don't already have a decent gaming computer, you'll probably have to shell out an extra grand for that, too. (Video via Oculus VR)