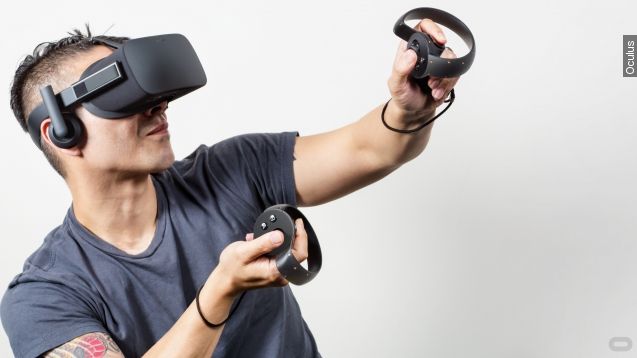 If you're anything like us, you've been closely following the wild world of virtual reality gaming. Which means you've also been keeping track of VR darling Oculus Rift. (Video via Oculus)

Thursday, the Oculus team shared some news that had us hanging our heads: Oculus Touch, the company's motion-tracking controllers, are delayed.

It's not all bad news: The virtual reality headset is still on schedule. Oculus says the Rift is on track to ship in the first quarter; Touch is delayed until the second half of 2016. (Video via Tested)

The move gives Oculus time to get these motion-tracking controllers right. The company says it's adjusting the ergonomics of the device and improving "hand pose recognition."

Oculus' Touch controllers put the company at the forefront of the virtual reality space. A major complaint about VR experiences is how disorienting they can be. With motion-tracking controllers, however, your hands can join you in the virtual space, and that significantly reduces the risk of VR sickness. (Video via Oculus)

To be clear, other developers are trying their hand at controllers for VR. PlayStation's orb-like concept, for example, is a sight to behold. (Video via Sony)

Regardless of whose controller works best, one thing's for sure: I'm not strapping an Oculus to my face again until my hands can join me.

"I guess that'd be the only thing that keeps me from believing that this is real, is that I'm doing this and I can't see my hands here," Mikah Sargent said.