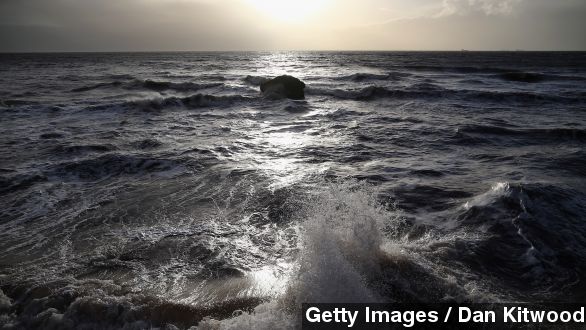 The event, known as glacial termination, was driven by a number of factors, but now scientists think one of them might've been a huge release of carbon dioxide from the depths of the ocean. (Video via NASA)

Just like water has a cycle — evaporation, condensation, etc. — carbon has a cycle, too, and the ocean plays a big part.

The ocean absorbs about one third of the carbon dioxide from the atmosphere, and the balance between atmospheric and oceanic carbon is constantly shifting. (Video via National Oceanic and Atmospheric Administration)

Now, scientists think a major swing in that balance happened at the end of the ice age, moving carbon from the ocean to the atmosphere, which would have accelerated warming.

Scientists used biological material found in sediment, which has accumulated on the ocean floor for thousands of years, to track the shift in carbon storage. (Video via NASA)

They were able to find the big carbon release probably came from a carbon reservoir deep in the Southern Ocean, the area of ocean around Antarctica. (Video via University of Oxford)