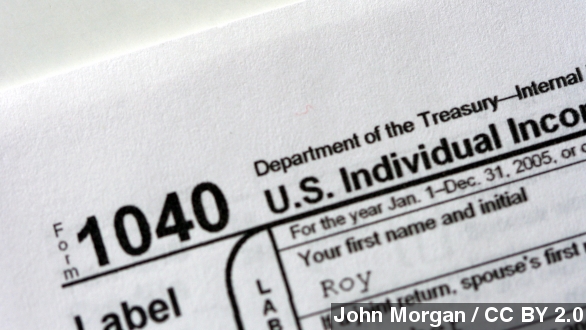 SMS
Obamacare Subsidy Recipients Could Owe Government Money
February 19, 2015
You could end up owing the government money if you received Obamacare subsidies and experienced a major life change this year.
SHOW TRANSCRIPT

If you received Obamacare subsidies but had a lot of life changes this year, you could end up owing the government money.

Most who qualify for a subsidy accept it up-front to lower their monthly health insurance premium, according to DailyFinance.

That subsidy amount is based on how much you're expected to make that year and your family status, but if any of that changes, the subsidy could change, too.

Getting married, getting divorced, having a baby or getting a new job are all things that could change your subsidy level.

DailyFinance says the best way to avoid any unpleasant subsidy surprises is to keep the marketplace notified about any major changes going on in your life.

A 2013 study published in Health Affairs uses a family of four as an example. If that family receives an unexpected bonus that pushes its income above 400 percent of the poverty level, researchers estimated the family could owe the government more than $11,000.

The study's authors warned the repayment requirements could, obviously, lead to public dissatisfaction with the interchange and recommended the government publicize the need for repayments, so people are not caught off guard.